“To have another language is to possess a second soul.“
Charlemagne 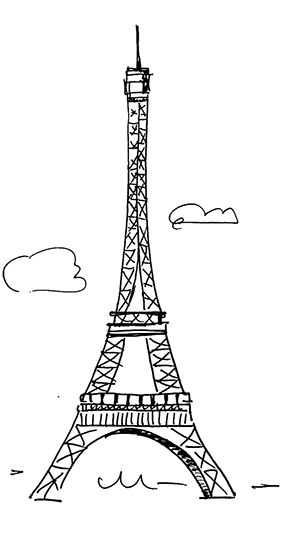 Around 220 million people on all 5 continents are currently speakers of the French language. Next to France and Canada, Belgium, Switzerland, Romania, Luxembourg and Monaco are French-speaking countries. French, alongside English, is also the only language that is taught in every country in the world: around 2 million teachers are teaching the language to over 100 million students. The number of French speakers has tripled since the mid-20th century and based on studies, 750 million people could be native French speakers by 2050.

During the 15th century, the French language began to spread across the big pond to eastern Canada (also known as ‚Nouvelle France‘ (Eng. New France)) with the settlement of the French alongside Colonialism, where today, French remains the official language. This geographical distance carried along a few changes concerning the language and it is therefore important to distinguish between Standard French (which is spoken in France) and Canadian French. Most linguists even agree that the differences between the two languages are bigger than those between British and American English.

But not only the settlement in New France left imprints of the language on another continent. In Africa, French is spoken in many different countries and approximately 80% of all French speaking people are going to live there as of 2050. Subsequently, French is an official language in Switzerland and Belgium and the majority of the population is able to speak the language.

The French language spoken in different countries and continents not only differs in its phonetics, but also in the vocabulary that is used. In Quebec, for example, you can find more words that are adapted from English than in France. You also need to be careful in Switzerland, as counting works very differently there: instead of ‘soixante-dix’, ‘quatre-vingts’ and ‘quatre-vingt-dix’ (Eng. seventy, eighty and ninety), like you say it in France, it is called ‘septante’, ‘octante’ and ‘nonante’ in Switzerland. For translations, variations like these certainly need to be taken into consideration.

However, French is not only of use in politics, but also in the culinary scene and film business. French films are produced at the second highest rate in the world and in Canada French productions even frequently outsell Hollywood blockbusters at the box office.

What you perhaps did not know is that around a third of basic English words originated in French, including words like ‘view’, ‘pride’ and ‘challenge’ and English continues to borrow French words to adapt them into its everyday lexicon. The French lexicon consists of over a million words and about 20,000 new ones are created and added annually.

We offer translations from various languages such as French, English, Spanish or Dutch into German. We do not only work with translators in Cologne, but also have an extensive network of translators in France, Canada, Belgium and Switzerland. Simply state your desired language variant at your commissioning and we will deliver your translation in French for France, Canada, Belgium or Switzerland.