“What would life be if we had no courage to attempt anything?”
Vincent van Gogh 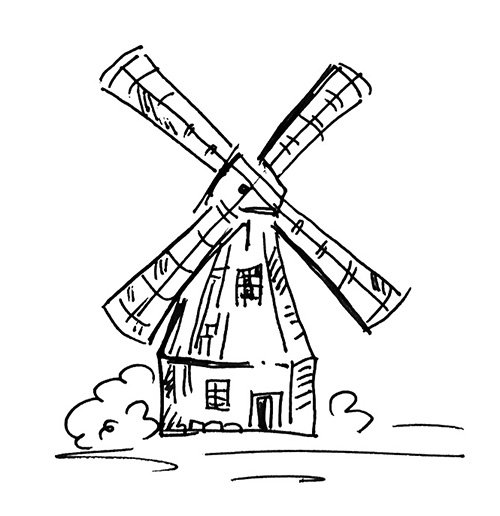 Dutch is the official language in the Netherlands and Belgium, and the majority of its 20 million native speakers also reside in these two countries. However, as many people might not know, it is also an official language in Suriname, a South American country of roughly 500,000 people in the northeast of the Amazon Rainforest. Moreover, Dutch is spoken in a few other countries outside of Europe, for example Indonesia and the Dutch Antilles.

Due to Dutch colonization in the 17th and 18th centuries, the Dutch language spread across the world. ‚Cape Dutch‘ (also known as Afrikaans), which is spoken in South Africa, however, has developed into an independent language over time. High Dutch, originally the language of the province of Holland, gradually was adopted as the language of daily intercourse during the state-building process. The people living in Flanders, which is the Dutch-speaking part of Belgium speak a variety of Dutch called ‚Flemish‘. This is reflected in Belgian policy: The official language of Flanders, and one of the three official languages in Belgium, is Dutch (along French and German).

The fact that Dutch is a difficult language to learn, might be a factor why 95% of all Dutch inhabitants also speak English. The Dutch language is very hard to pronounce; it contains many hard consonant sounds and complicated consonant clusters (e.g. ’slechtstschrijvend‘ (Eng. worst writ¬ing)). Furthermore, it contains some extraordinarily long words. Words with more than 30 letters are not uncommon in Dutch and the longest word that can be found in the dictionary is ‚kindercarnavalsoptochtvoorbereidingswerkzaamhedenplan‘ (Eng. preparation activities for a children’s carnival procession), which contains 53 letters.

Dutch actually exists for 75% out of borrowed words – many of those are French, English and Hebrew. Since the Dutch people considered French as the ‚height of elegance‘ a lot of borrowings came from the French language, such as ‚paraplu‘ (umbrella) or ‚bureau‘ (desk or office) among many others. The Netherlands are home to a large Jewish population and even though they developed their own version of the local language (Yiddish), many Dutch slang terms are of Hebrew origin (e.g. ‚geinig‘ (funny), ‚mazzel‘ (lucky), and ‚tof‘ (cool/good)).

The ‚Nederlandse Taalunie‘ (Dutch Language Union) is a public organization, which is responsible for standardizing and promoting the Dutch language and spreading Dutch culture around the world. ‚Algemeen Nederlands‘ (AN) is the standard version of Dutch that is spoken in schools of Dutch-speaking countries and defined in the ‚Woordenlijst Nederlandse taal‘ (Word-List of the Dutch Language). This book, however, only shows the spelling of the words – in case you are looking for their meaning, have a look at what locals call the ‚Dikke van Dale‘ (Dutch for ‚Fat van Dale‘). ‚Van Dale’s Great Dictionary of the Dutch Language‘ is the leading dictionary of Dutch, which is the source for everything concerning definitions and use of Dutch words.

We offer translations from various languages such as Dutch, English, French or Spanish into German. We do not only work with translators in Germany, but also have an extensive network of translators in the Netherlands, Belgium, Indonesia and the Dutch Antilles. Simply state your desired language variant at your commissioning and we will deliver your translation in Dutch for the Netherlands, Belgium, Indonesia or the Dutch Antilles.